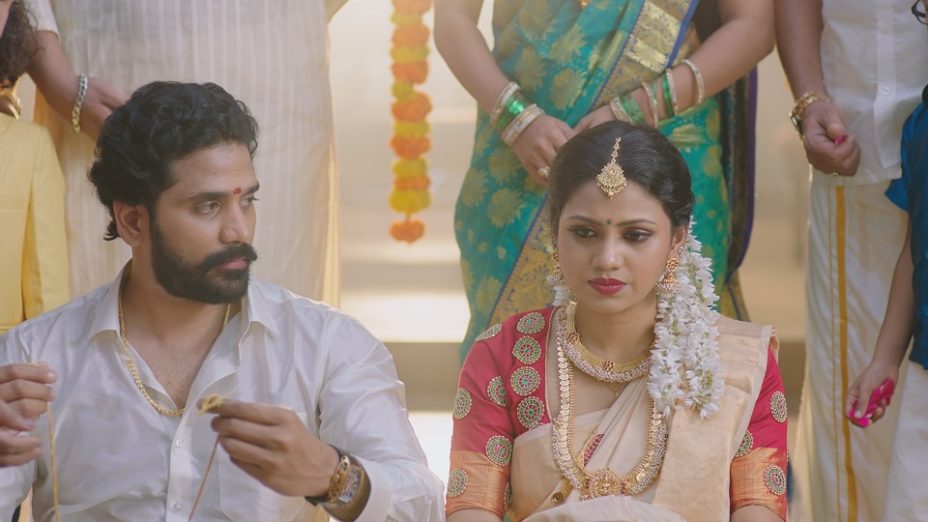 Even as the new game show Kodeeswari is wooing television viewers across the entire state, COLORS Tamil is ready with a thought-provoking show that promises to break many stereotypes. Revolving around pre-marriage pregnancy, UYIRE narrates the story of a simple, innocent girl who transforms into a strong, confident woman as she fights for her unborn child. True to its philosophy and reputation, COLORS Tamil presents another clutter breaking offering. The underlying message of the show is that’s having a child without the certificate of a marriage is a woman’s individual choice and, indeed, her right. The show goes a long way in truly empowering women in the society in a real manner. The bold but gripping show, UYIRE, hits the small screens on January 2 and will be aired from Monday to Saturday at 9.30 pm.

Pavithra lives a simple, upright life, upholding the values taught by her late father. She falls in love but her ambitious, politically-inclined mother kills her lover, as he doesn’t fit into her scheme of things. She even forces Pavithra to marry a single-parent named Sezhiyan, who is seeking a mother’s love for his son. The cunning mother hopes that the marriage will advance her own plans of becoming a major political power. But then, Pavithra realizes that she is already pregnant with her lover’s child.

Anup Chandrasekharan, Business Head – COLORS Tamil, said, COLORS Tamil has always been creating revolutionary concepts which have redefined the meaning of women centric shows. Uyire is an epitome of a women’s courage which highlights as the greatest armor to fight against all odds. Making this message more powerful, Uyire which is shot under a strong concept of breaking the misconceptions has highlighted different shades of a woman that will resonate with the audience which will help in playing a prominent role in protecting and shaping the future of their families.”

Speaking about his association with a pathbreaking fictional show like UYIRE, Veerandra Chowdhary who plays Sezhiyan, said: “I am looking forward to Uyire which will be my debut on television. I am fascinated by the personality etched around my character, who is genuine to his own feelings and those dear to him. It is a powerful serial about women and how they overcome the problems in their lives.”

Manisha Jith who is essaying the role of Pavithra said, “ I am excited and thrilled to be part of such a great show where I feel the concept of Uyire is very promising and has a powerful message that the audience will love me in this new avatar”

Watch Uyire to know how Pavithra and her husband cope with her difficult situation, with the entire village up against them, on COLORS Tamil, starting from January 2, 2020, from Monday to Saturday at 9:30 PM.