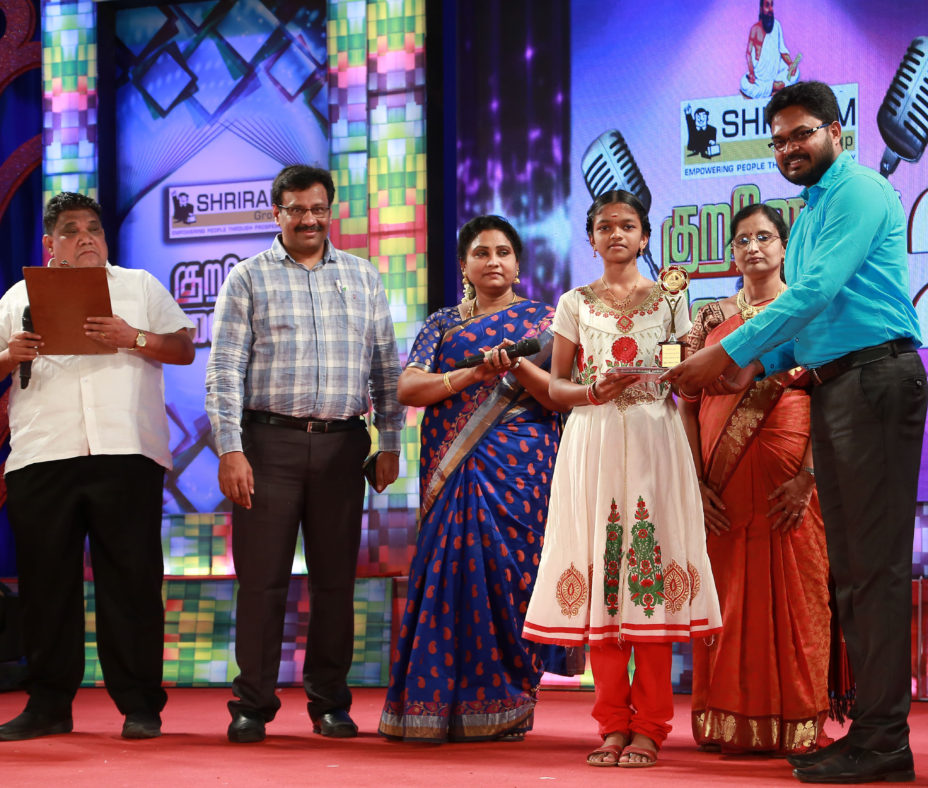 Preliminary and Semi-final rounds of the competition were held earlier during the months of July and August at 10 centres namely Chennai, Puducherry, Madurai, Nellai, Thiruvarur, Trichy, Coimbatore, Erode, Salem and Vellore. The Grand Finale of the competition was conducted recently at Dr. MGR-Janaki Arts & Science College for Women, Chennai. 30 finalists (one from each of the three levels and across 10 centres) selected from Semi-final round contested in the Grand Finale.

The winners list of the finale is as follows:

Medals and certificates were given as consolation prize to other participants.