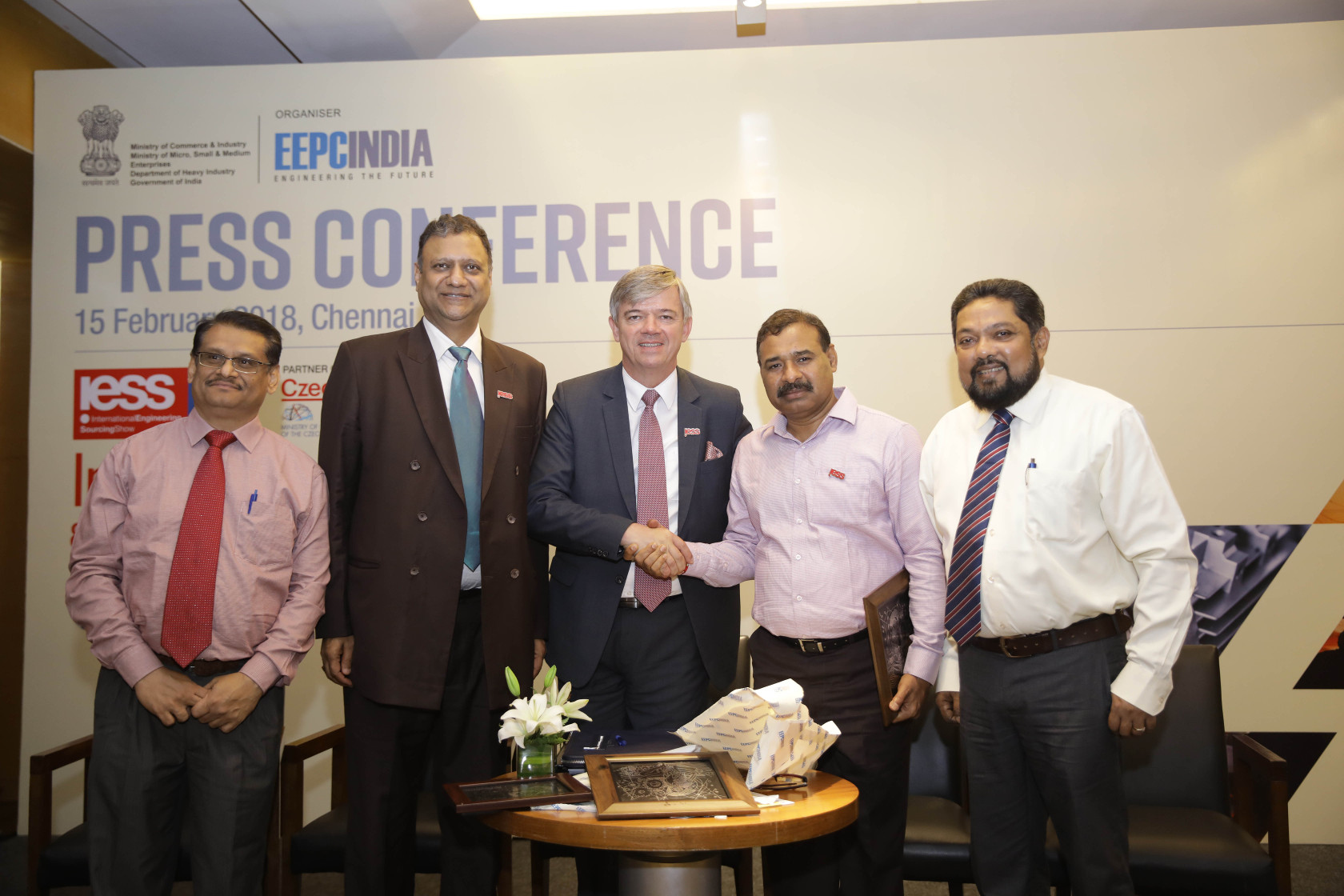 Chennai would be hosting, for the second year in a row, the International Engineering Sourcing Show (IESS) between March 8 and 10, 2018 under the aegis of the EEPC India, showcasing to global leaders in technology and engineering , India’s high –end R and D and manufacturing  capabilities to become their dependable sourcing hub with a vast pool of scientific talent and resources.

Briefing the media about the VIIth edition of the IESS, Mr Dharmendra Pratap Yadav, Secretary to the Govt. of Tamil Nadu, said, the state has emerged as one of the most progressive and dependable sources for high-tech engineering exports, notably from the small and medium enterprises. EEPC India , with the active support from the Union Commerce Ministry and the Department of Heavy Industry , is  organising the prestigious IESS , for the second time in succession shows how the global engineering giants have rated the state of Tamil Nadu among the leading sources for engineering exports.

He said with the  EEPC India becoming a  full member of French Based – UFI – The Global Association of the Exhibition Industry,  IESS has now received the status of ‘UFI Approved International Event” from the VIIth edition in Chennai.

“Czech Repblic becoming a partner country is another trigger for  taking our economic ties to a higher level in mutual investment and trade”  said  H.E. Mr Milan Hovorka,Ambassador of Czech Republic.

Czech Republic , which is a strong leader in several key areas like automobile,  manufacturing and other high-tech verticals, would be the Partner Country at the IESS this year, which is expected to attract over 400  exhibitors, 500 global buyers and more than 10,000 trade visitors.  Besides, three  Czech Universities would also be participating in the event, with a strong presence in technology upgradation.

Flanders from Belgium has been designated as the Focus Region of the IESS, which has been extending its outreach well beyond the traditional markets for Indian technology and products.

Along   side,  ‘India Subcontracting Expo 2018 ‘ will be a special opportunity to capitalize on India’s ‘indigenous manufacturing strength which can be leveraged for global sub-contracting business. The  ‘Technology Pavilion’ will be adorned with representations from  BARC, IIT Madras, FCRI  (Fluid Control Research Institute), ARCI (International Advanced Research Centre for Powder Metallurgy and New Materials) , Jadhavpur University.

The IESS would showcase to the world how India is getting fast recognized globally for its strengths in multidisciplinary engineering R&D,  Aerospace, Defence, Nuclear Energy, Advanced Manufacturing and New Technologies areas such as Medical Devices, Clean & Renewable Energy etc

IESS not only provides a global platform for promotion of Innovation & technologies, but also to the large base of Engineering MSMEs across various engineering clusters in India  The country’s premier R&D Academia institutes are participating in exposition while the MSME Technology Centre, Department of Heavy Industry, BARC, IIT Madras,  CSIR-CECRI, CSIR-CMERI, ERDA, ARCI have already confirmed their participation.

States’ participation would also be strong enough with Tamil Nadu as host state with UP, Haryana, Karnataka, Jharkhand and West Bengal also being part of the IESS-VII.