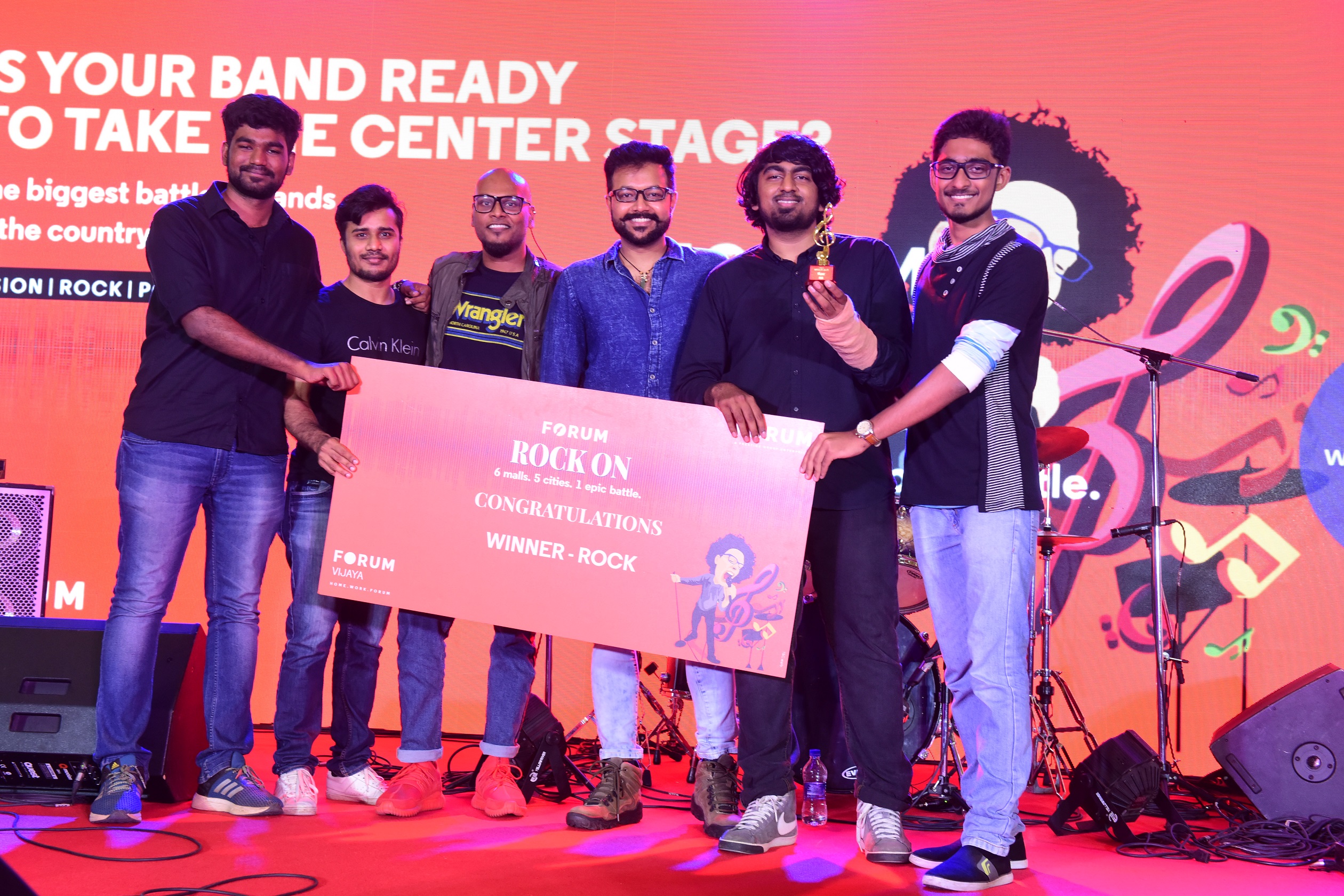 The grand finale of “Forum’s Rock On!” concluded with some rocking and  entertaining performances. 120 DB  from  Pop genre, Thee  Band from Fusion genre and Litmus from Rock genre where announced as the winners of FORUM Rock ON. Playback  Singers Rahul Nambiar, Christopher Stanley and Umeash Iyer, General Manager Forum Vijaya  Mall judged and announced the winners and the winners from each genre  won prizes worth 1 lakh from gift products.

“Forum’s Rock On – Season 2” an initiative by Forum Mall that celebrates musical talent and  provides a platform to encourage budding musicians.  Rock On celebrates different genres of music like pop, fusion & rock and  gives emerging artists and bands an opportunity to showcase their talent  and get judged by the best in the music industry.  Forum Rock On caters to  three different genres of music which includes pop, fusion and rock.

Following are the qualified bands participated for the grand finale of forum  rock on event on 16th February 2019.