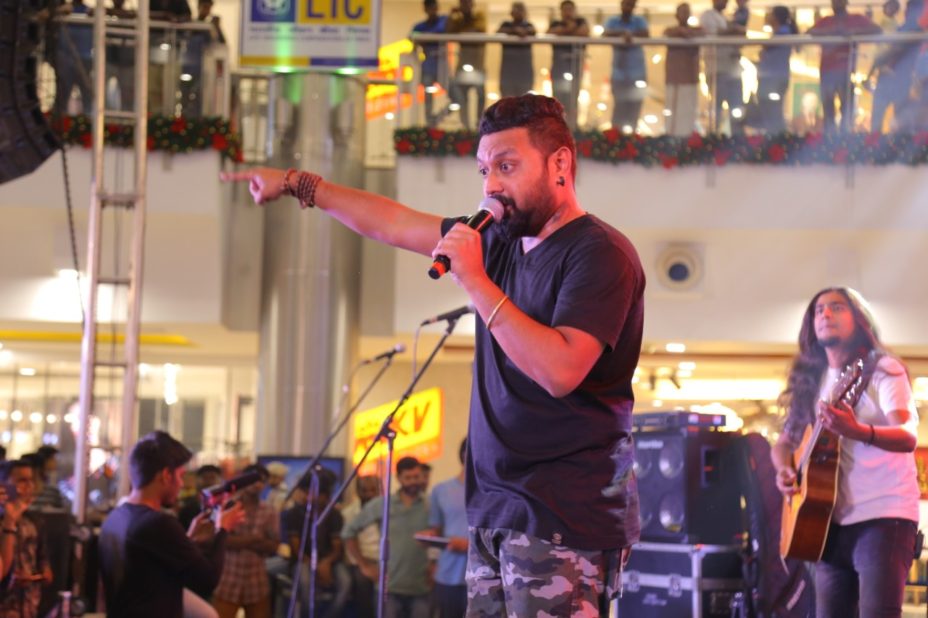 The Lagori band set the stage on fire on the 30th November at Forum Rocks Live presented by The Forum Vijaya Mall. Lagori is an Indian fusion band that combines Indian classical melodies and inflections with Rock music, resulting in an interesting mix that is high on energy, while being catchy and soulful at the same time. The evening drew over more than 700 audience and enjoyed the power packed performances of  Lagori band .

Lagori gets its name from the popular street game played in India. The band is inspired by the rich diversity of culture that exists in India and the evolving definition of what it means to be ‘Indian.’ Having grown up in the cosmopolitan city of Bangalore – a melting pot of cultures, ideas, languages and beliefs – Lagori’s music reflects the varied influences of each band member, culminating in a unique, fresh and honest sound.

The band has performed for over 300 shows for colleges, music festivals, corporate events, award shows, pubs and more. Their work in popular social media channels have garnered over 1 million views. They often collaborate with renowned celebrities like Vasundhara Das and Shalini Pandey.

The band recently collaborated with one of Tollywood’s leading actors Shalini Pandey, (female lead of the Telugu blockbuster film ‘Arjun Reddy’) to come up with a Telugu original track called “Naa Pranamay”. The song features Shalini Pandey on vocals, and marks her singing debut. The video was released on Lagori’s YouTube channel, and has over 800k views.

The band has been featured on the award-winning Indian music and travelogue show ‘The Dewarists’ on national television with their song ‘Hadimba’.

The concert is open to all through registrations and will be held on Saturday, Nov, 30th , 2019, 7:00 pm onwards at The Forum Vijaya Mall, 183 NSK Salai, Arcot Road, Vadapalani, Chennai.