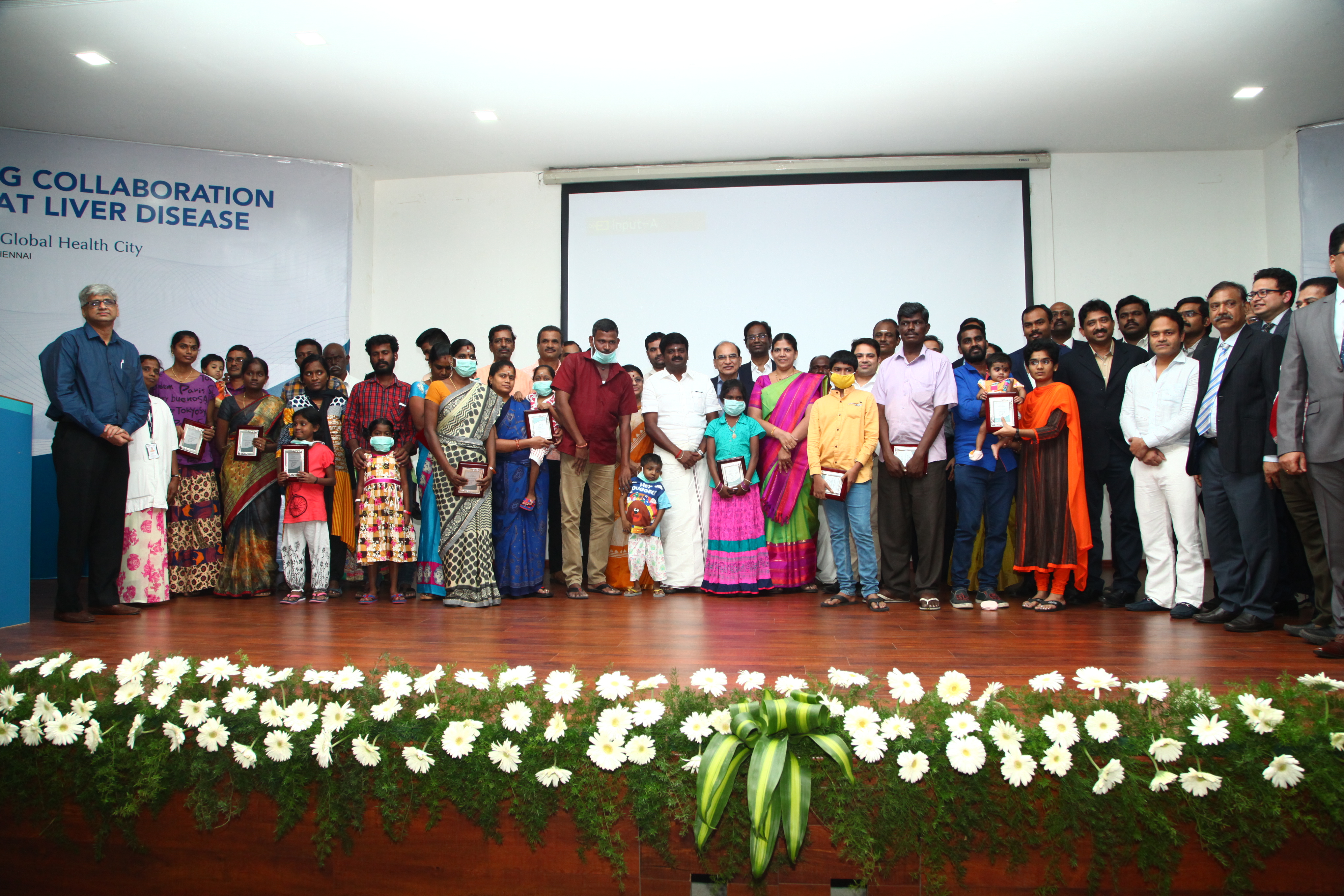 Gleneagles Global Health City, Chennai successfully completed 32 liver transplants, since September 2018 under the Tamil Nadu Chief Minister’s Comprehensive Health Insurance Scheme. It is the only hospital in the state to have completed the highest number of transplants in the State of Tamil Nadu under this scheme. An event was organized today at the hospital to felicitate transplant patients who underwent successful transplantation under the Government scheme. The event was graced by Dr C Vijaya Baskar, Minister of Health and Family Welfare, Government of Tamil Nadu.

25 patients who came along with their families to express their gratitude to the Tamil Nadu government for initiating such scheme. The patients who were felicitated received organs from both living and cadaver donors which gave a new lease of life to them.

According to the WHO report, liver disease is the most common cause of death in India as it affects every 1 in 5 Indians. Liver is an organ in our body used to digest food and remove the toxic substance from the body. Liver disease can be caused due to various reasons such as virus (Hep A, B and C), consuming of alcohol, obesity, inherited genetic disease etc which can further lead to liver damage or liver failure. To treat such acute liver failure the only option is Liver transplant.

The Chief Ministers Comprehensive Health Insurance Scheme helped the patients who were from the low socioeconomic background and could not have afforded a liver transplant. In the count of 32 liver transplants, 15 were children and the youngest of them was a 7 month old infant who underwent a successful liver transplants under the scheme.