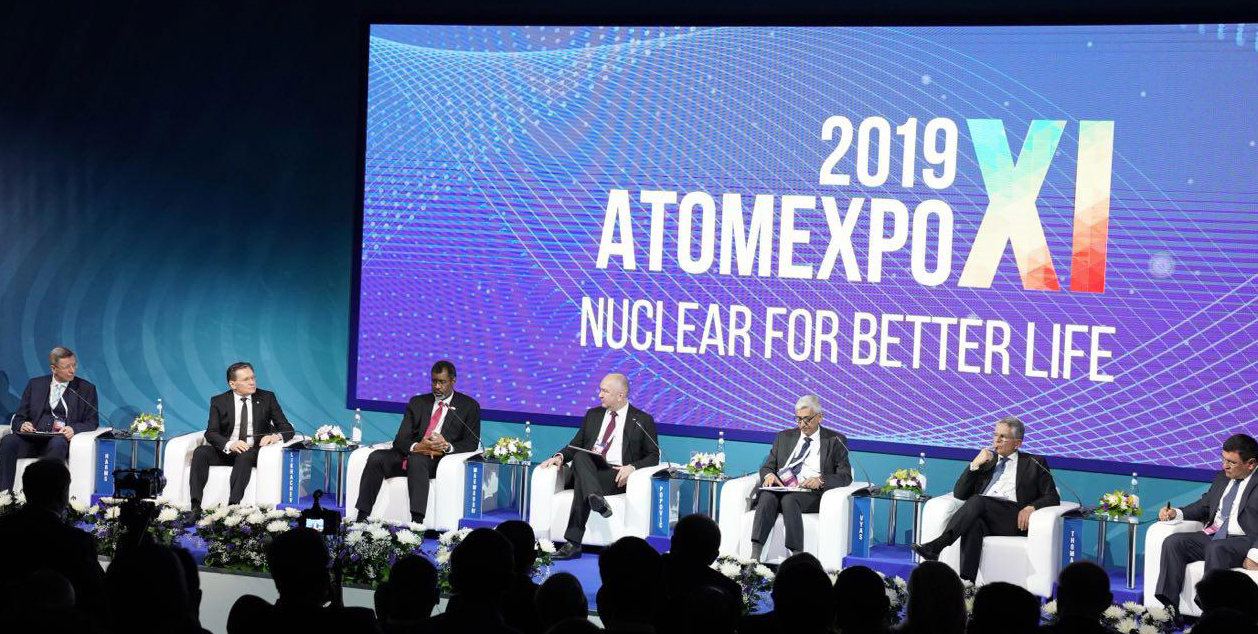 India will have 12 more nuclear power stations shortly to improve the power situation and also ensure there is free flow of uninterrupted power supply for both Industries and residential usage. This statement was made by Mr. K.N. Vyas, Secretary, Dept of Atomic Energy and Chairman, Atomic Energy Commission, India at the International AtomExpo at Sochi in Russia held recently.

“Nuclear Technology helps in betterment of lives through varied usages and is an irreplaceable source of clean, pollution free energy,” he added.

Mr. Vyas said, “The Founder of Indian Nuclear programme, Shri. Homi Jahangir Bhabha had envisaged that nuclear technology is going to be “very essential” and not just in the power sector but for other societal uses intended for betterment of life”.

“We believe that when it comes to clean energy, definitely, there is no substitute to nuclear energy as it is sustainable, and without interruption, one can have clean energy,” the DAE Chief said in response to a query.

He cited the record run of Kaiga Nuclear Power station as an example. A small unit of indigenously-developed 220-250 MW reactor has completed 962 days of uninterrupted run at about 99.3 per cent of capacity. “The amount of electricity it has been able to give in tremendous,” Vyas contended.

The Eleventh International Forum Atomexpo 2019 was officially opened in Sochi with the motto of this year being ‘Nuclear for better life’. Over 3600 participants from 74 countries participated in the Expo. The new countries represented at the forum were Qatar, Bahrain and Nicaragua.

“Peaceful Atom is associated with all aims and goals of the UN Sustainable Development Program. The Forum became a space for discussing the latest technologies thus ensuring a base for the future of our planet,” said Alexey Likhachev, General Director of Rosatom State Corporation.

The AtomExpo provided a platform to discuss application of nuclear technologies opening up new opportunities in the field of medicine, creation of unique materials, space exploration, exploration of the Arctic region as well as to strengthen the energy base of the economy.

The Russian President, Mr. Vladimir Putin in an issued statement also applauded AtomExpo in advancing the stature of Russia in the field of nuclear technology.

Indian Nuclear Industry has got a lease of life following the sanction of the Narendra Modi Government for construction of 10 Pressurised Heavy Water Reactors (PHWRs) in fleet mode. Alongside this, plans are afoot for the construction of two light water reactors.

“Our Indian industries have also gained a lot through the process. Nuclear energy and instruments requires a guided and systematic way of manufacturing and quality assurance. This raises the standard of industry participating in the manufacturing of equipments,” said Mr. Vyas stating the benefits of having a thriving nuclear industry.

“Not only do Nuclear power plants benefit the manufacturing in India, it also improves the local economy surrounding the areas where these nuclear reactors are located. It overall helps the society at large,” he emphasised.

Interestingly, nuclear technology is not only meant for generating power, but, is also used by helping doctors and scientists. Huge improvement in technological innovations in the medical field has cancer patients undergoing radio therapy feel better by upto 60 percent.