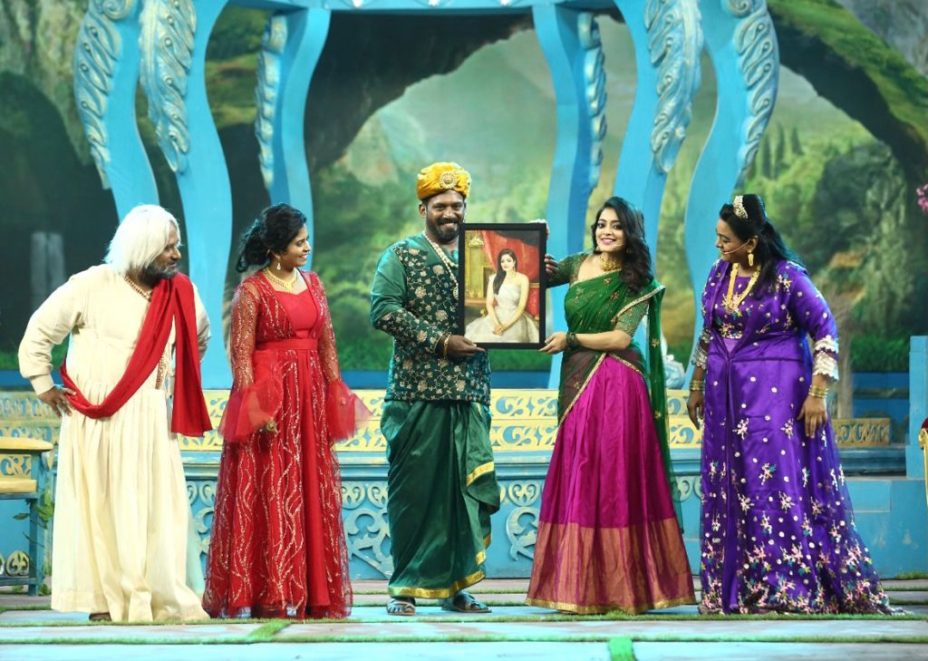 Colors Tamil’s popular spoof comedy show Kanni Theevu Ullasa Ulagam 2.0 is all set to bring a bundle of laughs with a Telly parody theme, this Sunday 22nd August 2021, at 7:00 pm. Catch all the hilarity that ensues as the skit unravels a spoof of several prominent television programs on the island of King Jalsa and his subjects. Featuring Robo Shankar as King Jalsa, actor Shakeela as Rajamatha, and actor Jangri Madhumita as Baby-matha, this weekend’s episode guarantees added entertainment as the actress Janani Iyer will grace the show as a special guest.

Titled ‘Jalsavin TV’, the satirical episode is classified into four segments, showcasing diverse elements of light-hearted comedy, vibrant gigs, fun-filled quips between King Jalsa and guest actor Janani Iyer, besides a rib-tickling act by Amudhavanan that will leave the audience in splits

Commenting on the occasion, actress Janani Iyer says, “Kanni Theevu Ullasa Ulagam 2.0  was a delightful experience altogether. Meeting up with King Jalsa and the residents of the island was quite euphoric. Everyone in the show was lively and zealous, and I am certain that the audiences will love our performances. I have always wanted to experiment with reality TV and I got the chance to bring out my comic side with Kanni Theevu, which is truly a one-of-a-kind show. I am grateful to Colors Tamil for the opportunity.

Kanni Theevu Ullasa Ullagam 2.0 is Colors Tamil’s most recent comedy show that follows the story of King Jalsanandha and the drama that takes place in his castaway island – Kanni Theevu. The one-hour show is spread across four segments, each funnier than the other. Along with Actor-Comedian Robo Shankar, the show will also present popular television artist and actor Madhumita in a fun-new avatar, Baby Matha, and renowned actor Shakeela Raja Matha.