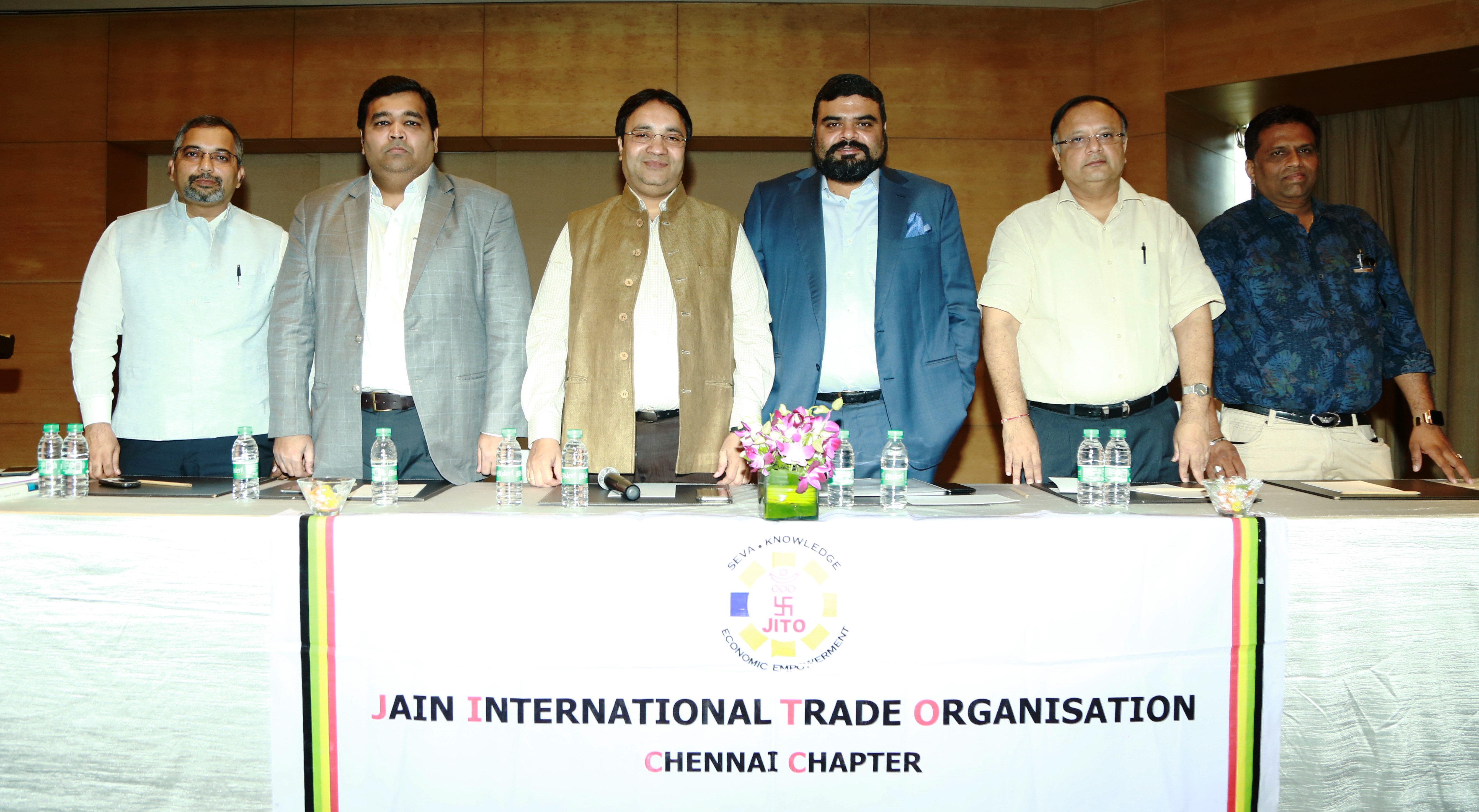 JITO Apex is headed by its National Chairman  Mr.Motilal Oswal , Mr.Shantilal Kawar is the President and Mr.Satish Parekh is the Chief Secretary. This team has ensured that the chapters of JITO have been opened across the length and breadth of the country.

Apart from the conclave there would be Trade Fair, Business Networking event, JITO premier league etc. The trade fair event will also feature 246 exhibitors and expected foot fall of more than a lakh visitors during the trade fair. Sanjay Bhansali, Director Public Relations stated that 246  stalls were being displayed from all over the country including Jewellery, Travel Bridal Wear, Fashion Jewellery, Auto Components , Ayurveda amongst others.

Speaking about the initiative Mr Narendra Srisrimal, Chairman Chennai  Chapter said that more than 3000 delegates from all over India above 150 delegates from 25 countries across the world and over 1 lac people would be participating in the conclave trade fair and Jain Pavillion in 3 days He stated  that there was special encouragement for Startups and Women Entrepreneurs in the trade fair.”

Jeetendra Bhandari, Chief Secretary Chennai Chapter stated that there was a special pavillion for those looking to take franchisee and wishing to start new business. He  also stated that Entry was free for the Trade Fair and Jain Pavillion.