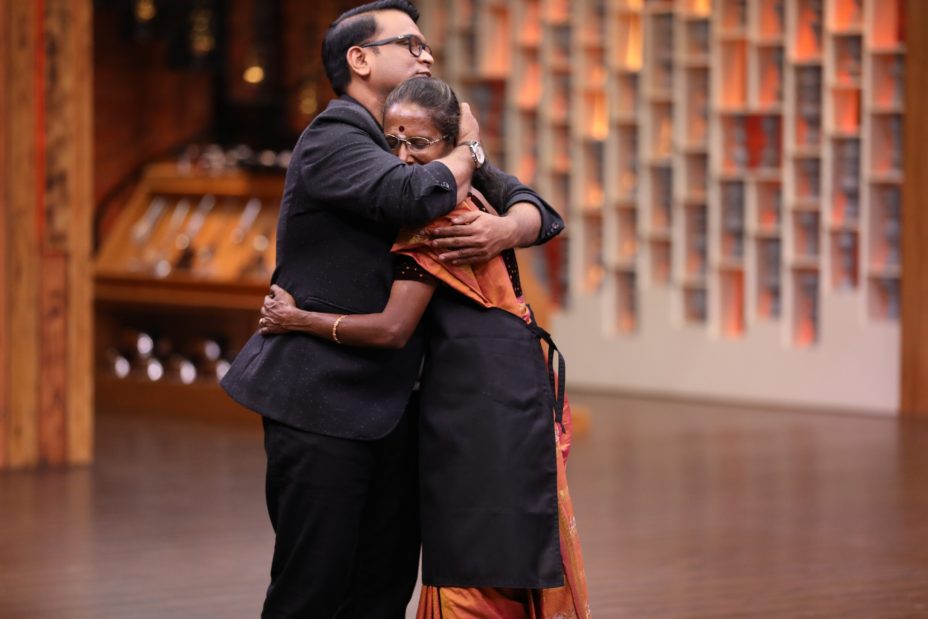 The entire set of MasterChef Tamil was left teary-eyed this weekend, with the elimination of G. Sasi, one of the most loved and promising contestants of the season. Sasi Ma, who had always surprised the judges with her culinary skills and innovative take on recipes like Kummayam and who has always spread positivity in the kitchen like she did with her aatakul dance  has become everyone’s favourite. She has also built her own fan base within just six episodes.

Hailing from Coimbatore, she is one of the popular contestants of  MasterChef Tamil, who was one of the first contestants to win the the prestigious MasterChef apron and enter the top 14 list.  Taking inspiration from her family, G. Sasi  entered the MasterChef Kitchen, with a dream to overcome all the tasks with flying colours in every challenging round, and thereby win the title of MasterChef Tamil Season 1. Unfortunately, things took a wrong turn for her in the elimination task where her  dish named Kokum Dhamaka failed to impress the judges.

At the age of 63, she had the zeal to enter the MasterChef Kitchen and try her hand at winning the title. She learned a lot about cooking from her husband and she lived in Dubai for 8-9 years where she learned about their cuisine as well. She owns a small catering business and her dream is to continue to grow in the culinary field.

Produced by Innovative Film Academy, the weekend episode of MasterChef Tamil, the regional adaptation of internationally revered cooking reality show, saw an interesting mix of elements as the contestants had to present a delicacy using leftovers in pairs of two for the team challenge in the mystery box round. The red team had to prepare a starter using ingredients like eggshells, fishbone, and chicken feet while the blue team had to cook a main course using peels of peas and corncob along with the residue water of boiled chickpeas. Lastly, the yellow team had to prepare a dessert by making use of banana peel, watermelon rind, and the seeds of Jackfruit.

Kritraj and Devaki, G. Sasi and Sumitra, and Nithya and Sunita proceeded to the next set of pressure tests and elimination.  The pressure test challenge put forth by the chefs where the contestants had to hero their choice of ingredient went downhill for Sasi Ma who bid adieu to the show. Despite the leftovers challenge not going as planned she mentions that team challenges happened to be her favourite experiences on the show.

Catch the contestants in a culinary battle for the reputed title of  MasterChef Tamil only on Sun tv, every Saturday and Sunday from 9:30 PM -10:30 PM.