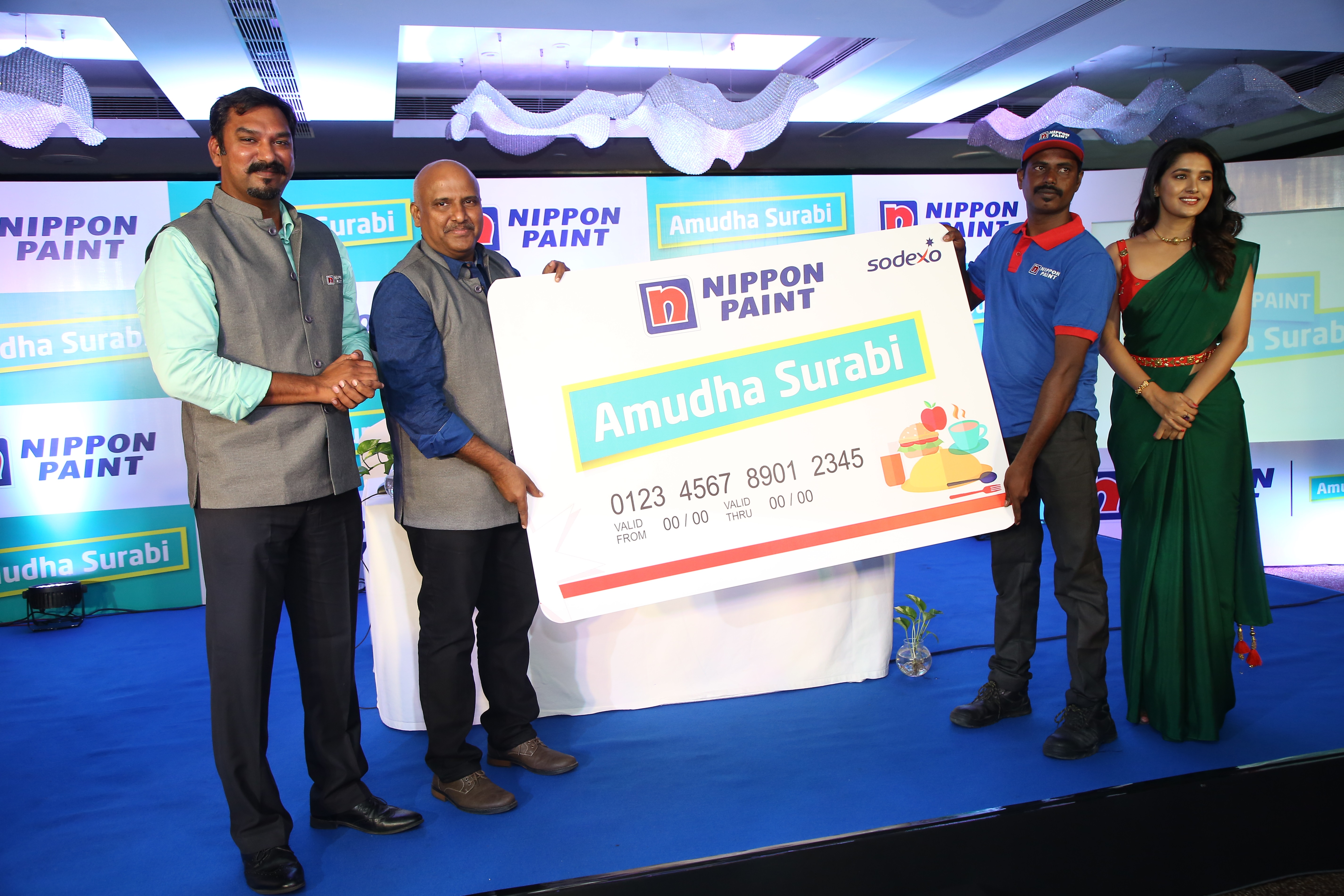 Nippon Paint (India) Private Limited (Decorative Division) Asia’s leading paint manufacturer announced the launch of Amudha Surabhi, a program that offers benefits to its painters through digital currency. Split over 3 stages, Nippon Paint will distribute Amudha Surabhi cards to 45,000 + painters across Tamil Nadu. The new program, which is an industry-first initiative, is aimed at adding value to the painter community. It allows painters’ family to redeem points based on their purchase, from over 4000 outlets across Tamil Nadu.

Speaking about the launch, Mr. Mahesh S. Anand, President – Nippon Paint (India) Private Limited (Decorative Division) said, “Nippon Paint has always believed in empowering the painter community. We firmly believe that creating a personalised engagement program such as this, would capture and retain Nippon Paint loyalists and impact their lives positively. While painters may have benefited from regular customer loyalty programs in the past, most often the complete benefit does not reach his family. To enable this, the new digital card will be credited with points, based on purchase and can easily be redeemed for grocery and restaurant purchases. This is our attempt at opening new omnichannel avenues and help this population transform digitally”.

Card owners and their families can now purchase groceries, food and non-alcoholic beverages from over 4000 shops including their neighbourhood kirana stores. Nippon Paint has facilitated this program by partnering with Sodexo.

Speaking about the partnership, Suvodeep Das, Vice President, Sales & Marketing, Sodexo SVC India said, “We are happy to assist Nippon paint in their digital initiatives. Based on Nippon Paint’s request we have taken special efforts to expand our merchant network in areas frequented by their painters. This partnership will facilitate the expansion of our consumer base in tier 2 & 3 cities”

This program is in line with other similar initiatives of Nippon Paint in Tamil Nadu, to develop the entire Painter’s ecosystem. Through RPL program, Nippon Paint partnered with TNSDC (Tamil Nadu Skill Development Corporation) to retrain and certify more than 10,000 painters across Tamil Nadu with NSDC certification. Nshakti initiative has trained and created more than 200 women painters in the rural areas of TN, providing them a source of livelihood and the number continues to grow. These are just some of the programs through which Nippon Paint educates, empowers and equips painters.