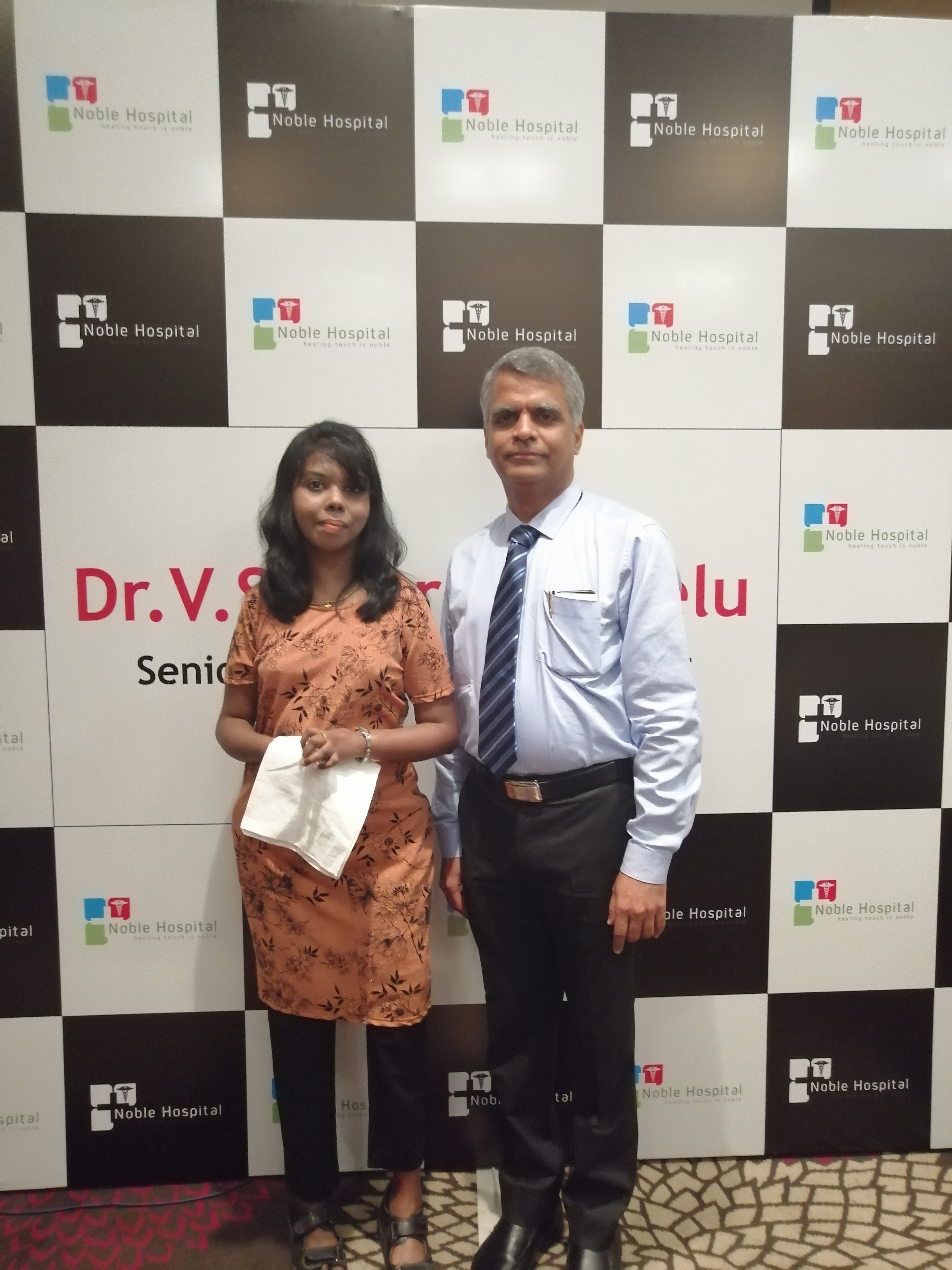 Doctors at the Noble Hospital, Chennai have made it  possible for a 32 year  woman to start walking after  both her hips and knees were  replaced with artificial joints. She is at present a  software professional and  working as an Educator,  teaching School children  through internet from home.

But she lost hope of walking  again and was helped by her  Mother for all  her needs. She  met lot of Doctors who said  that it is not possible to make  her walk again.

Through a friend she searched the internet and news papers for a solution  to her problem. She found an article describing a condition similar to hers  and located the address of Dr V Singaravadivelu, Orthopedic Surgeon who  has treated that patient. When She met Dr V Singaravadivelu who said that  it is possible to replace all her joints and make her mobile again.

Dr V Singaravadivelu, Orthopedic  Surgeon at Noble hospital, Chennai  performed these successful surgeries in Chennai on a 32 years old patient.  But for her to stand the bones have to become strong, muscles have to be  strengthened. He told her that she has to learn walking as if she was a  newborn and may take years. It will require lot of effort, perseverance and  confidence. This has not been done anywhere else in the world and  reported in the literature and we will be doing it for the first time in  medical history.

On this occasion patient said “I am very happy that I am able to walk after  18 years. We must have the ‘Never say die attitude’ and keep trying harder  till we reach our goal. It is also for people who keep complaining about  small things and not trying hard to achieve their goals.”

The treatment started 3 years ago and underwent surgeries in both feet,  ankles, knees, hips and wrist. There were lots of unexpected complications  and surgeries during the treatment. This is the saga of that girl who  underwent so much trouble and turmoil in her life, but now she is able to  stand and walk independently on her own.