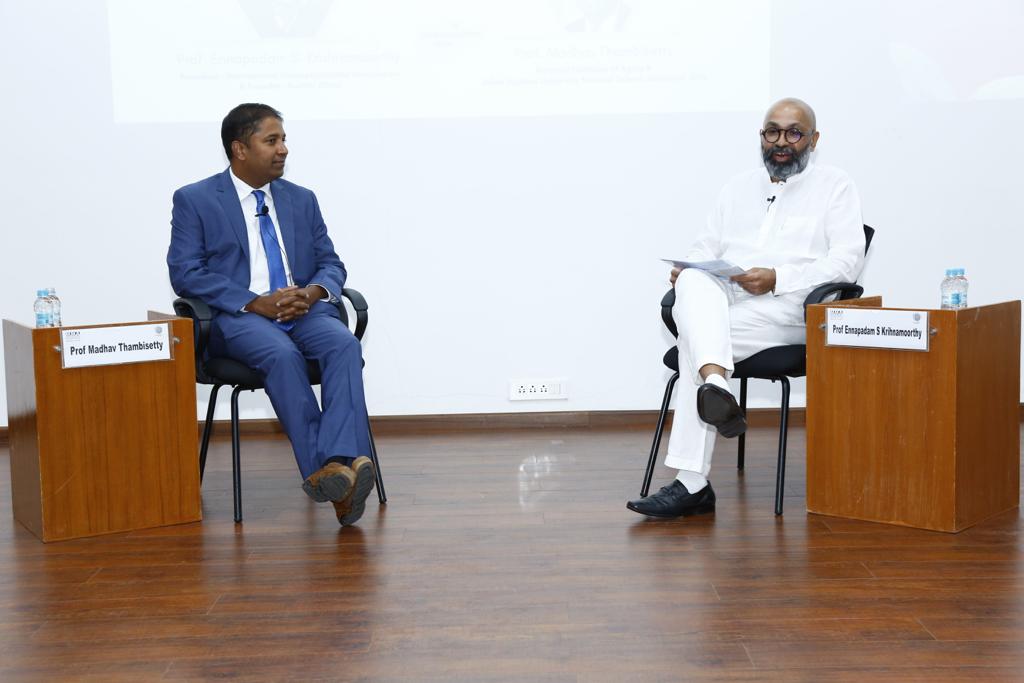 The Buddhi Dialogue – Is a novel initiative by Buddhi Clinic to promote community engagement about the brain and mind. With brain and mind research exploding and with disoders in neurology and mental health being one of the largest contributors to public health disability and disadvantage, we see the Buddhi Dialogue as a forum to discuss with and learn from experts. For the 2019-20 fiscal, Buddhi Clinic si privileged to partner with the Madras Management Association.
“The Ageing Brain & Mind” the subject of our first dialogue is a hot topic of neuroscience research in this century , with conditions like Dementia , Parkinson’s disease , depression predominating our collective consciousness. Prof. Madhav Thambisetty our visiting expert heads cutting edge research at the prestigious National Institute of Aging and is an Adjunct Professor at the Johns Hopkins University Medical School, Baltimore, USA.
Buddhi Dialogue – Ageing Brain & Mind:
This is an interactive session where Prof Dr.Ennanpadam S Krishnamoorthy engages Prof Madhav Thambisetty in a dynamic interaction , exploring brain and mind ageing , current concepts and future prospects. Some aspects being addressed in this event are…
Ageing Brain & Mind :
With a rising aging population and an increasing burden of chronic disease and disability, countries like India are expecting to face a huge burden of aging disorders especially brain and mind aging. Dementia is one of the major causes of disability in late life. The prevalence of dementia, that is 2% before the age of 65 years, doubles with every five year increment in age. Dementia is a syndrome of not only forgetfulness, but also problems in orientation, judgement and problem solving, community affairs, home and hobbies and personal care. It represents the archetypal disorder of brain and mind aging, Alzheimer’s disease being the most important type of dementia.
According to the world Alzheimer Report the growth in numbers will come from non-western cultures in Asia, China and India bearing the brunt. According to the Dementia India Report there were 3.7 million people with dementia living in India in 2010, a number that is expected to double by 2030. The gap in appropriate and sufficient healthcare provided to the elderly stands at 90% .
Models of Healthcare:
While we are better resourced today in providing curative healthcare, primary care and preventive health in India lag far behind. Further, although endowed with the richness of ancient healthcare traditions – AYUSH (Ayurveda, Yoga, Unani, Siddha & Homeopathy), we in India have failed to integrate them into the traditional healthcare framework.