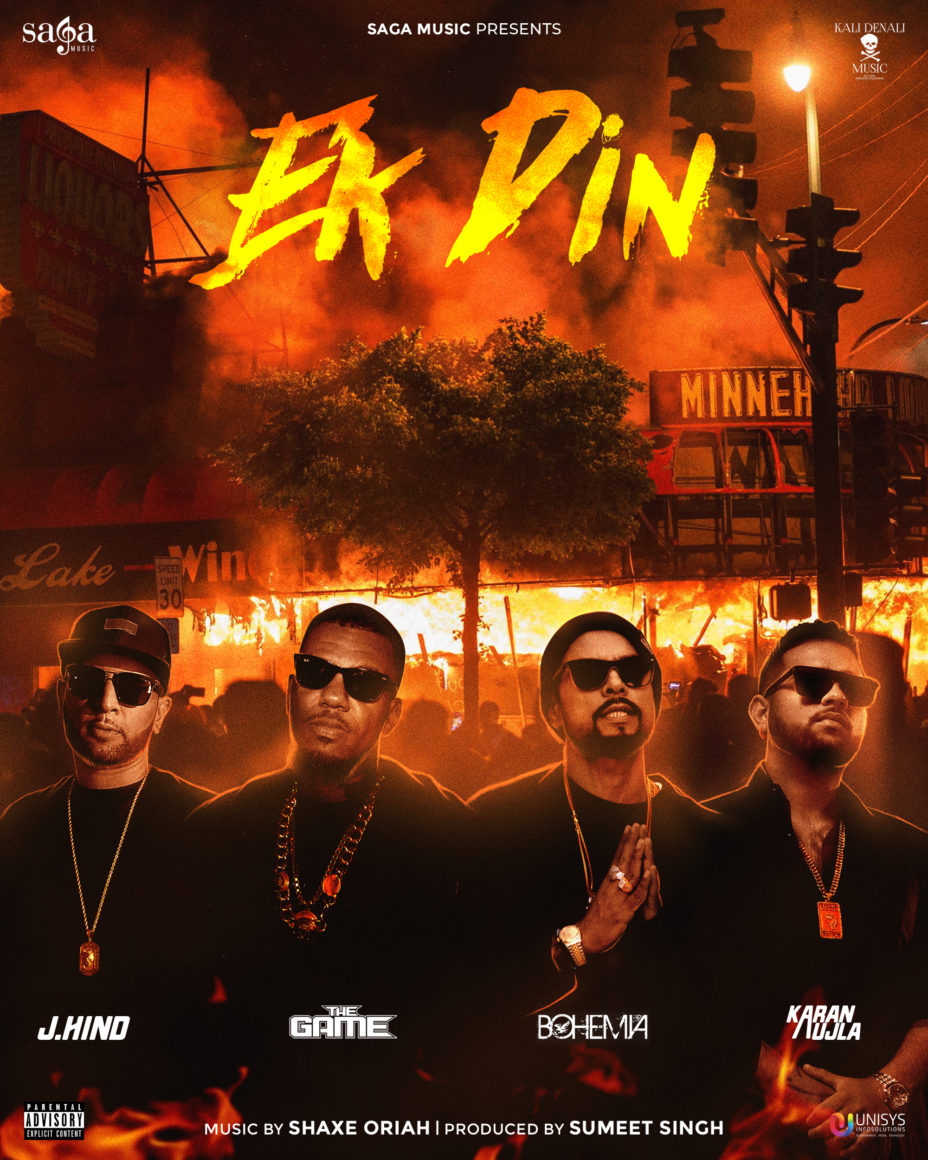 BOHEMIA the pioneer of India’s exploding Desi Hip Hop genre has just released the teaser for his upcoming Saga Music project titled “EK DIN”. By addressing events occuring currently in America as well as showing solidarity with India’s farmers, the project is a much needed anthem to help uplift us all during these revolutionary times. With relentless support from Saga Music team & Saga head Sumeet Singh, BOHEMIA has been able to freely express his vision on projects like Same Beef, Kadi Kadi, Nishana and now EK DIN.

EK DIN features Hollywood Hip Hop legend “The GAME” who started his career under the guidance of none other than Dr. Dre and was one of the original members of G Unit along with 50 Cent. The GAME has millions of diehard fans in India and similar to the cult like BOHEMIA tattoo craze, many Indians also have The GAME’s name permanently tattooed on their bodies!

EK DIN also features a verse from J.Hind, who also managed the entire BOHEMIA collaboration with Saga Music. The California based duo have been paving the way for Desi Hip Hop brick by brick since 2001 & it’s clear there are no plans to slow down anytime soon. With the historic release all set for December 7th, BOHEMIA’s EK DIN is certain to be the most impactful collaboration of 2020!